The Steering Committee for Open Science selected 22 projects on the basis of an international jury’s conclusions in the first call for projects by the National Fund for Open Science (FNSO). Overall funding of 2,675,000 euros will be provided for infrastructures, platforms and editorial projects that contribute to the consolidation of the French open science publishing ecosystem.

The projects were reviewed by cross-expertise involving over 50 experts before being examined by an international selection committee chaired by Vincent Larivière, professor of information sciences at the University of Montréal, and Vinciane Pirenne-Delforge, professor at the Collège de France. The selection committee’s conclusions then formed the basis for the final decisions taken by the Steering Committee for Open Science chaired by Bernard Larrouturou, Chief Executive Officer of Research and Innovation.

The high quality of the projects presented led the Ministry of Higher Education, Research and Innovation to make an additional funding effort of half a million euros which meant 22 projects could be selected. 5 of these concern research infrastructures listed in the national roadmap, 7 involve editorial platforms and 10 cover editorial content (download the list of selected projects). The overall funding was thus increased to 2,675,000 euros.

In particular, this funding will make it possible to make a real qualitative leap forward in the French open-access scientific publishing ecosystem’s essential infrastructures; to support journals that make the significant choice of converting to open access; to consolidate initiatives in open peer review; or finally to experiment with new publication formats linking text and data. 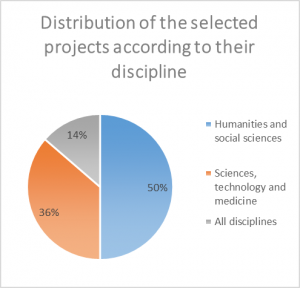 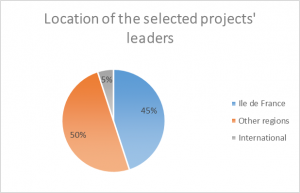 The FNSO was created as part of the measures to apply the National Plan for Open Science announced in July 2018 by the Ministry of Higher Education, Research and Innovation. The Fund is intended to support initiatives contributing to the development of open science and is financially supported by the Ministry. There are also additional contributions from the higher education, research and innovation community which have been made available thanks to savings made on subscriptions to Elsevier publications. In 2019, the FNSO will also receive funding from the National Center for Scientific Research (CNRS), the National Institute for Research in Computer Science and Control (INRIA) and the Research Institute for Exploitation of the Sea (IFREMER).

The Steering Committee for Open Science has decided to renew a previous call for projects in the fields of scientific publishing and publications and to launch a new call in 2021 dedicated to research data.

The Ministry for Higher Education, Research and Innovation press release.

News from the Committee
04/12/2020
A new open journal in French on artificial intelligence
In spring 2019 the Revue d’Intelligence Artificielle was sold and its editorial committee resigned. Subsequently members of the committee worked to create a new journal whose publication criteria comply with their values and scientific ethics. The publication model underpinning the…
Agenda
Agenda
Upcoming events
Resources
Resources
The founding texts and resources