The Steering Committee for Open Science has selected 26 winners in the framework of the National Fund for Open Science’s (FNSO) second call for projects in favour of open scientific publication and publishing. Overall support of €2.2 million is being made available to strengthen the open access ecosystem.

The FNSO launched its second call for projects in January 2021 regarding the scope of open scientific publishing and its ecosystem. 67 projects were submitted – 36 for the editorial platforms and structures section and 31 for the editorial content section. 28% of the projects submitted came from science, technology and medicine (STM) disciplines, 48% from the humanities and social sciences (SHS) while the remaining 24% involved all disciplines. 82% of the leaders of the projects submitted came from the public sector actor and 18% from the private sector.

The projects were the subject of a cross-examination by around forty experts before being examined again by an international deliberation committee presided by Christine Durinx, the executive director of the Swiss Institute of Bioinformatics, and Marc Vanholsbeeck, director of Scientific Research at the Ministry of the Wallonia-Brussels Federation. The deliberation committee’s conclusions formed the basis for the Steering Committee for Open Science’s final arbitrations.

The first call for proposals in 2020 enabled national infrastructures for open access scientific publishing to be strengthened. The 26 projects selected following the second call in 2021 focus on editorial platforms and structures (14 projects) and editorial content (12 projects). The volume of funding has thus been increased to 2,226,300 euros (download the list of selected projects). The deliberation committee made a specific effort to adjust funding grants according to the objectives and degree of maturity of the projects.

Opening the call for projects to editorial structures has proved fruitful because several such structures are to be supported in their transition to open access which enables the release of entire sections of their catalogues. The FNSO continues to support the transition of journals to funding models involving no costs particularly the “subscribe to open” model for which mathematics plays a leading role.

The disciplinary distribution of the selected projects shows the balance beginning to change in favour of science, technology and medicine, reflecting these fields’ open publication capacities and these disciplines will thus be reinforced and enriched. The geographical distribution of the projects is balanced and close to that of the applications to the call for projects. French schools in other countries are well represented among the winners but international partnerships remain too rare. Although the call is open to private sector scientific publishers, they submit few applications and are therefore poorly represented among the winners.

Mutualisation logics and the structuring nature of the projects were strongly prioritised in the selection as the size of the partnerships shows. The diversity of needs and disciplinary contents were also taken into account. From preventive archaeology reports to biodiversity data, from ancient statuary to historical accounts of the Gulag, the FNSO supports a qualitative approach to the dissemination of open access digital content and encourages editorial innovations linking texts and data. 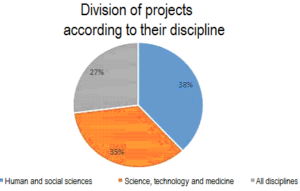 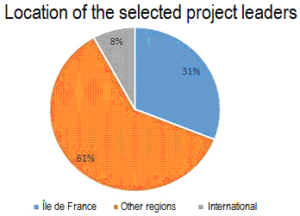 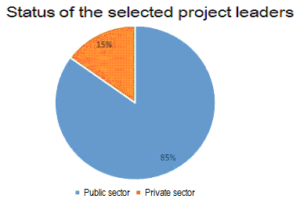 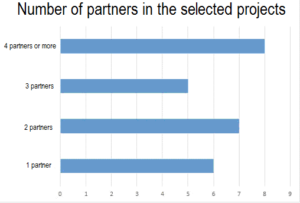 The National Fund for Open Science

The FNSO was created as was set out in the National Plan for Open Science and is intended to support initiatives contributing to the development of open science.

On July 6th 2021, Frédérique Vidal, the French Minister for Higher Education, Research and Innovation, launched the Second National Plan for Open Science which will run until 2024. The intentions of this plan are firmly in line with European and international ambitions, aiming as it does to generalise open science in France and, more specifically, access to publications.

The future calls for projects

The Steering Committee for Open Science has decided to launch a new call for open scientific publishing projects in 2022 and to support targeted actions in favour of open access books, thus confirming the FNSO’s structuring function.