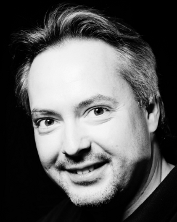 Pierre-Yves Arnould is in charge of information systems at the Lorraine Earth and Environment Observatory (OSU OTELo). This observatory brings together research units in the field of geosciences and the environment in the Lorraine region.

He worked for over ten years on the security and technical development of scientific and technical information management systems at the Institute for Scientific and Technical Information (Inist-CNRS) before joining a research unit to contribute his skills in digital services and help raise awareness of and train scientific teams in open science, particularly open data. He is the initiator and co-designer of OTELo’s institutional Research Data Repository, ORDaR.

Pierre-Yves Arnould played an active role in the integration of open science into his observatory’s five-year plan.

He is a member of the operational committee on open science at the Université de Lorraine and has contributed his expertise to numerous open science working groups.