Publications
Research data
Software and source codes
Legal
The Group is made up of legal specialists from French higher education and research. It assists the Committee and its colleges in developing and providing opinions on legal issues arising in the context of the definition and implementation of the Open Science policy.
Read more
See less
Legal issues are important in the field of open science. Copyright plays a major role in the area of scientific publications and Open Access through publishing contracts and the assignment of rights. Certain scientific practices like Text and Data Mining (the large-scale exploration of and extraction of texts and data from databases) can be faced with restrictions imposed by intellectual property regulations which means appropriate exceptions need to be introduced into law. Opening up research data is a legal obligation in France but raises many legal issues and thus has to be tempered by exceptions like the protection of personal data and other reasons for confidentiality. The issue of software licences is traditionally important and requires the right choices to be made. Numerous legal texts at French, European and international levels can impact open science practices and provisions are increasingly being explicitly adopted to help opening research results to progress. The French Law for a Digital Republic adopted in 2016 set out major provisions which represent milestones in terms of open access to scientific publications and opening up research data. Now it remains to be seen whether the new European legal framework on data circulation will validate the position France has adopted.

A working group made up of specialists in these matters has been set up to assist the various colleges of the Committee for Open Science who often encounter legal issues in their work. This group contributes to the analysis and better understanding of the legal framework in which open science works, monitors regulatory developments. It also supports the Committee for Open Science’s representatives in their efforts to influence this process.

The Committee for Open Science’s legal affairs working group does not deal with specific issues which may arise in specific research activities and only provides advice in response to requests from the Committee’s bodies and colleges. 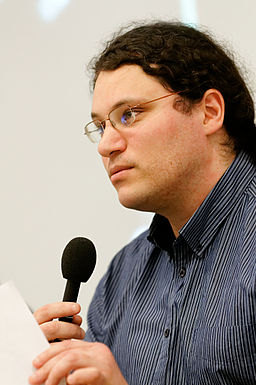 Lionel Maurel
Deputy scientific director of the CNRS Institute for Humanities and Social Sciences where he is in charge of Open Science, scientific publications and research data.
Back
Home > Projects > > Lionel Maurel

Lionel Maurel
Deputy scientific director of the CNRS Institute for Humanities and Social Sciences where he is in charge of Open Science, scientific publications and research data.

Lionel Maurel is a trained legal specialist and library curator. He is the deputy scientific director of the CNRS Institute for Humanities and Social Sciences (INSHS) where he is in charge of open science, scientific publications and research data. He has been the author of the S.I.Lex blog since 2009 and specialises in intellectual property and digital law issues. His research fields cover intellectual property (mainly copyright), internet and information law, cultural law, free licenses and free culture, digital publishing, Open Access, Open Data, the protection of personal data and privacy, and the Commons. Lionel Maurel is a member of the CNIL Foresight Committee.

Stéphanie Rennes is a trained legal specialist at the French National Research Institute for Agriculture, Food and the Environment’s (INRAE) Legal Affairs Department where she is in charge of data and open science issues. She is a doctoral student at the University of Strasbourg’s Bureau of Theoretical and Applied Economics (BETA UMR 7522) and her research covers science-industry relations and the modalities for sharing research data between the public and private sectors in the era of digital transformations. Stéphanie Rennes provides expertise on national and European research and innovation projects. She is a member of the research team that carried out the ‘State of open science practices in France’ survey initiated by the Committee for Open Science.

Members
Do you have a suggestion or question for us?
Refer to the Committee
Blog
Blog
Read the latest articles
Resources
Resources
The founding texts and resources